Drink in the week’s most important stories — all in one place. In the time it takes to drink your first cup of coffee, we’ll help you get caught up.

After a superb performance against Minnesota last Saturday, the Manning Award recognized Adrian Martinez as one of the eight quarterbacks chosen for the “Stars of the Week.” Martinez was the only true freshman to receive the award this week. (Daily Nebraskan)

The Nebraska Tourism Commission released its new state slogan: “Honestly, it’s not for everyone.” Reactions to the self-deprecating humor are mixed, but, love it or hate it, the new campaign has already reached $5 million in free publicity. (Lincoln Journal Star)

After rising to a record high of $1.6 billion, the Mega Millions jackpot has been swooped up in a small town in South Carolina. As of now, no winner has come forward, but the jackpot gives the winner 180 days to bring in the ticket. (The Washington Post)

Millennials favor Democrats but are not enthused about voting

Millennials have a more positive outlook toward the Democratic Party than the Republican Party, an NBC poll shows. However, only slightly more than half of millennials plan to vote in November. (Vox)

Explosives sent to Clintons, Obamas among other Trump critics

Thirteen explosive devices were sent to prominent public figures, ranging from the Clintons and Obamas to Robert De Niro. The common thread: All recipients are critics of President Trump. Cesar Sayoc, a man from Florida who has a lengthy criminal record, was arrested Friday in connection to the explosives. (The Washington Post)

20 people injured on escalator in Moscow

Fans screamed in fear as an escalator sped out of control on Tuesday before a soccer game in Moscow. Officials say soccer fans were singing and jumping on the escalator before it malfunctioned – which possibly was the cause of the incident. (Huffington Post)

Jamal Khashoggi’s killing appears to have been premeditated

In early October, journalist and Saudi critic Jamal Khashoggi was killed after entering the Istanbul consulate. Saudi Arabia has changed its story over time and acknowledged for the first time on Thursday that the death appears to have been premeditated. (BBC)

The European Union is moving to ban 10 single-use plastic products by 2021. Right now, the EU only recycles 25 percent of its plastic waste each year and is aiming to recycle 90 percent by 2025. Things like straws, plastic water bottles, cigarette butts and fast food containers are all on the proposed list. (Reuters)

Plastic fashion is back?

With every season comes a new fashion trend – some new and some repeats. This fall, vinyl and plastic are making their way back to the fashion runways. (Huffington Post)

Megyn Kelly defended wearing blackface for Halloween during a roundtable discussion on “Megyn Kelly Today.” Although she apologized, NBC has cancelled her show. (Time)

Teen-movie classic ‘Clueless’ is set to be remade

Loosely based on Jane Austin’s “Emma,” this 1995 teen comedy has a remake in the works. Paramount Studios has employed producer Tracy Oliver, the co-writer of “Girls Trip,” and script writer Marquita Robinson, a story editor and writer on Netflix’s “GLOW,” to bring the movie back. (The Guardian) 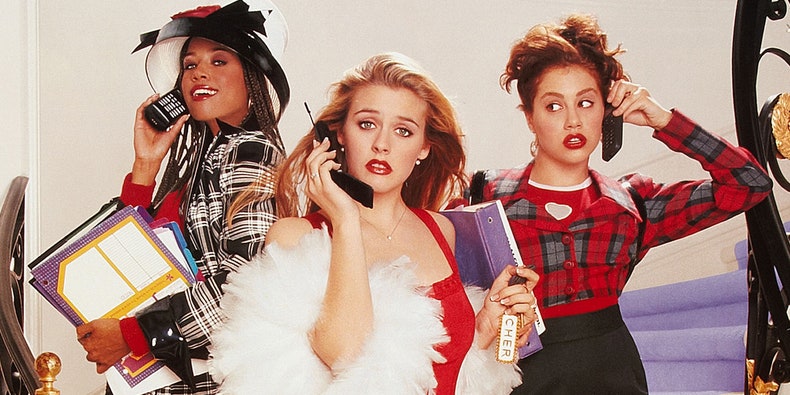 Central American migrant caravan heading toward US border (The Guardian)